HPV vaccines protect against infection with human papillomaviruses (HPV) which includes a group of more than 200 related viruses, 40 of which spread through direct sexual contact. While some HPV causes genital warts, other types of HPV are the root cause of various types of cancer including cervical, anal, oropharyngeal, penile, vulvar, and vaginal. However, the HPV vaccines are only successful in the prevention of the virus if given before exposure to the virus, seen in clinical trials. HPV vaccines are greatly effective in reducing the risk of precancers and cancers of the cervix, vagina, and vulva in vaccinated women. As cervical cancer remains the reason for nearly 341,831 deaths across the world, the prime focus of the HPV vaccine is the prevention of cervical cancer.

Although Australia was the first country to introduce HPV in 2007, closely followed by the US, the United Kingdom, and other European countries, India is now a part of the few early countries to develop the HPV vaccine. The Central government launched the country’s very first indigenously made vaccine against cervical cancer – the Quadrivalent Human Papillomavirus vaccine (qHPV) on September 22, 2022. The vaccine is named “CERVAVAC”, depicting the initials of the cervical cancer vaccine, and is the result of the partnership between the Department of Biotechnology (DBT) and the Biotechnology Industry Research Assistance Council (BIRAC) with the Bill and Melinda Gates Foundation, backed by the Serum Institute of India (SII) for indigenous development through its partnership programme 'Grand Challenges India'. CERVAVAC is a quadrivalent vaccine, meaning it is effective against at least four variants of cancer-causing Human Papilloma Virus (HPV).

Although the price of the vaccine has not yet been announced officially, the price band is expected to be around ₹200-400 a shot, says Adar Poonawalla, CEO, of Serum Institute of India. After the launch of the vaccine, the union government now targets to educate parents and schools, raising awareness on the importance of getting jabbed before exposure to the virus.

As the affordable HPV vaccine is ready for rollout, it is likely to be a part of the Universal Immunization Programme by the Union government as a two-dose regimen. As the transmission of HPV is affected by sexual activity and age, just about 75% of all sexually active adults are prone to at least one type of HPV. However, a vast majority of the infections resolve spontaneously and only a tiny fraction (<1%) of HPV infections results in cancer. Although vaccines are effective in both males and females, adolescent girls and women are being targeted more for vaccination because they are more prone to cancer from an HPV infection. However, the majority of infections go away on their own and only a very small percentage (1%) of HPV infections result in cancer.

“We will announce the price of the vaccine in a few months. It will be around ₹200-400”

Why is India in News?

Even though, two globally licensed vaccines were available in India; a quadrivalent vaccine (Gardasil, marketed by Merck) and a bivalent vaccine (Cervarix, marketed by Glaxo Smith Kline), developing an indigenous and affordable vaccine makes it a big deal for India. In addition, India is the largest producer of vaccines across the globe, which acted as a coercing factor after such vaccines were developed by the majority of nations. Moreover, the launch of the HPV vaccine in India will be a step up for PM Modi’s vision of Atmanirbhar (self-reliant) Bharat. In India, about 75,000 women die from the disease each year, and 1.25 lakh women are diagnosed with cervical cancer. HPV-types 16 or 18 are responsible for over 83% of invasive cervical malignancies in India and 70% of cases worldwide. This makes the launch of HPV vaccines more commending.

Overall, the awareness about the disease and the availability of vaccines by all groups of the population will create a difference. Owing to the cooperation of the government, India was able to develop a network to conduct trials and take analytical steps to test the vaccine. Though the HPV virus is prevalent in both males and females, the release of the HPV vaccine in India is a delight for girls and women.

To know more about the current market scenario, review our report on the Global HPV Vaccine Market or request a sample. 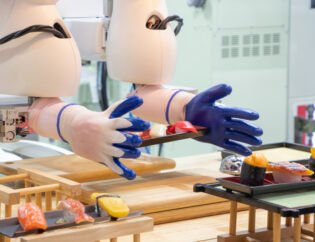 vamtam-theme-circle-post
With all the hype in electric mobility and with a growing awareness of decarbonization in...
Read More vamtam-theme-circle-post
During the last week of April 2022, more than half of baby formula was sold...
Read More